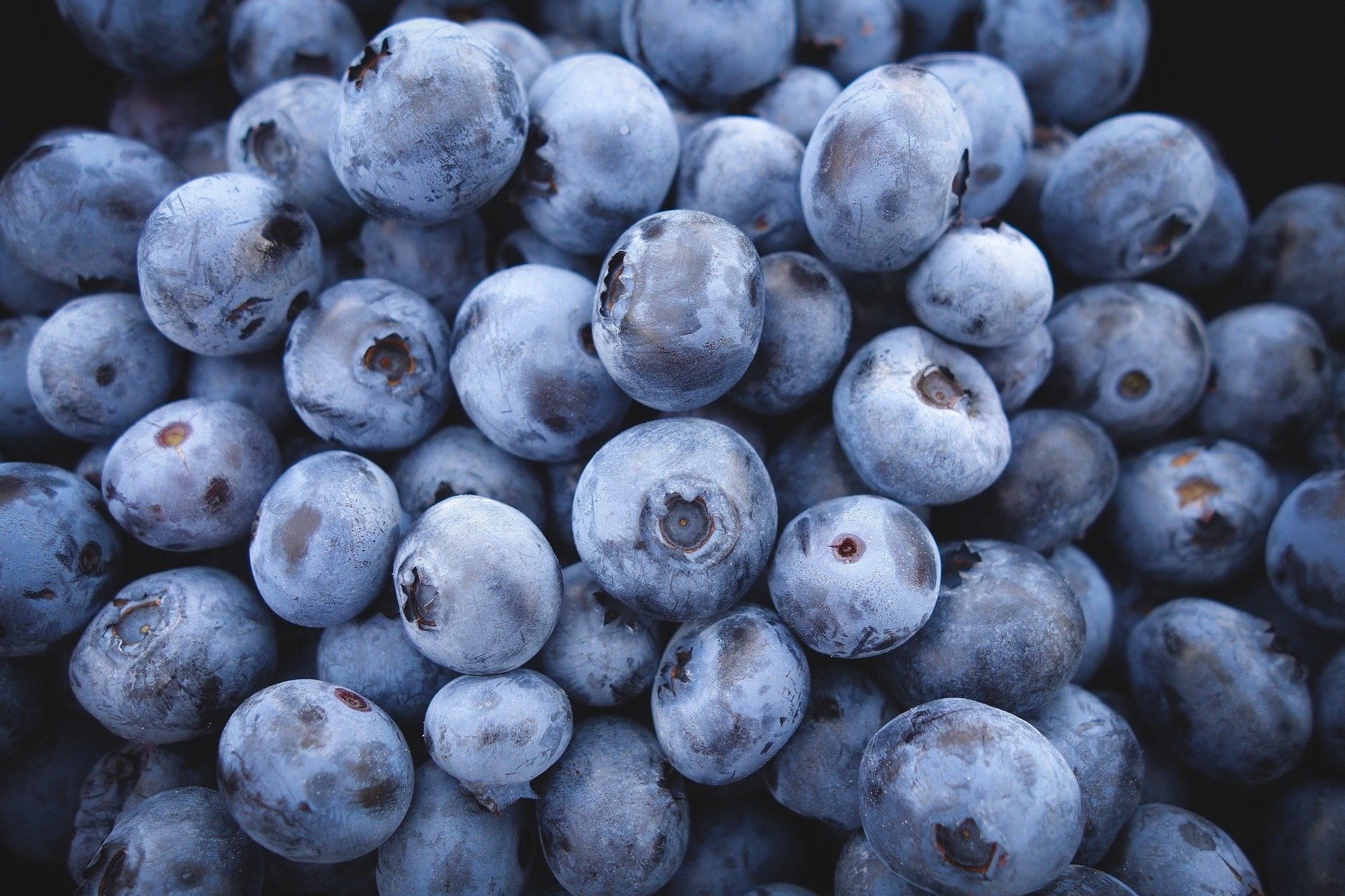 Superfoods are foods that are more nutritionally dense than other foods. This series explores not just the nutritional aspect of superfoods, but other factors including growing, preparing, and environmental impact.

Blueberries have a great nutritional profile. These berries are a great source of dietary water because they are 85 percent water. In one cup, there’s only 85 calories, no cholesterol, and low levels of fat and sodium. Blueberries are high in fiber (14 percent recommended daily intake) and have a little over a gram of protein. They are also a good source of some micronutrients: 24 percent daily vitamin C, 36 percent of vitamin K, and 25 percent of manganese. Beyond these traditional nutrients, blueberries are packed with antioxidants and other healthy compounds. Blueberries contain anthocyanin, a flavonoid (plant compound) with antioxidant properties that is thought to act against inflammation and bacteria in the body, as well as protecting against cancer and obesity.

There are five main types of blueberries, each of which with numerous varieties. As the name suggests, lowbush blueberries are low to the ground, usually only about one foot tall. Lowbush are typically wild varieties of blueberries, with intense flavor and small fruit, and they do not require annual pruning. For that reason, they are not common in stores except possibly canned or dried. Northern highbush plants are significantly taller at about six feet tall, and are, as the name suggests, native to the northern and eastern United States. Different varieties range in size, flavor, and preferable growing conditions. Southern highbush are also tall bushes, and were bred to thrive in climates with mild winters, like the southern United States. Both highbush varieties require annual pruning. Rabbiteye plants are also native to the southern United States, and are also tall plants. They are lower maintenance than southern highbush plants, but they have more prominent seeds, thicker skins, and require multiple varieties to pollinate. Half-high cultivars are hybrids between lowbush and northern highbush varieties, growing about three feet tall with medium sized berries. Half-high varieties require more pruning than lowbush varieties, but are lower maintenance than highbush varieties.

Blueberries can be grown in most regions of the continental United States because of the different varieties with variable growing conditions. Growing blueberry bushes is a long-term investment because plant yield increases annually until bushes are full-sized, usually around 8-10 years. To give blueberry bushes the best chances at growing berries, grow more than one variety to help with pollination. Bushes need full light and thrive in acidic soil with plenty of organic matter. Late spring is the best time to plant new bushes. To maintain a blueberry plant, prune and put fencing around bushes in the winter to protect from disease and pests. 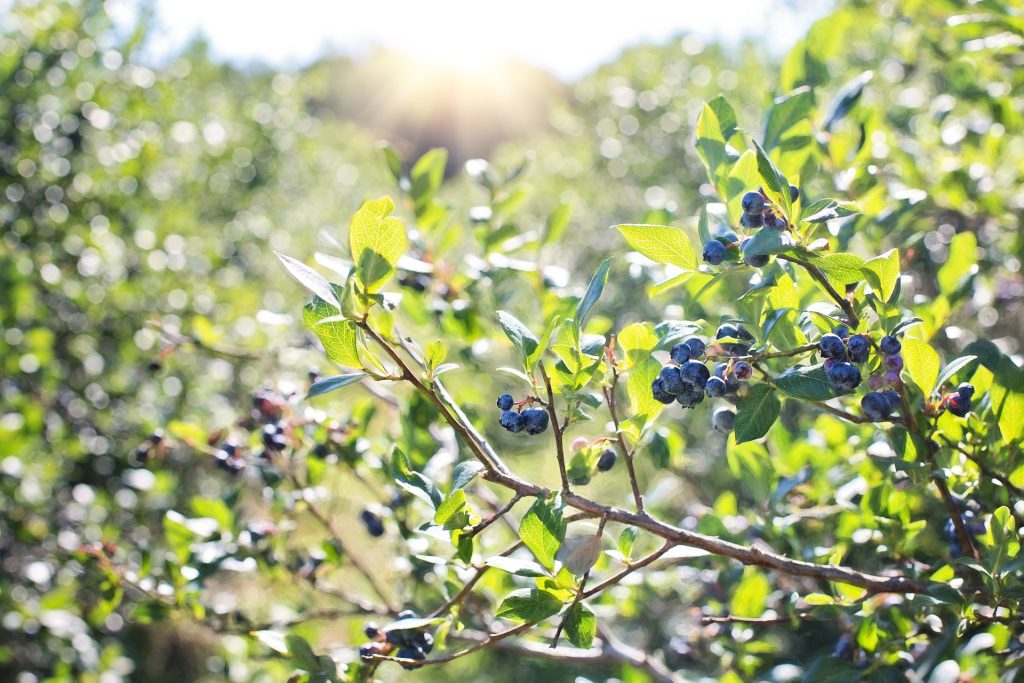 Because blueberries can grow in most states, local blueberries are available in most regions when they are in season. Many farms have “U-Pick” sections, allowing consumers to pick varieties and sizes of berries they like, while simultaneously ensuring the berries are as fresh as possible when they return home. Most of the same farms also have pre-picked berries that can be purchased, usually at a slightly higher cost. As with all produce, buying blueberries straight from a farm allows consumers to learn more about the farm where their food is grown, including any pesticides used and varieties available.

How to Choose at the Store or Market

Buyers should look for plump (not wrinkly) dark blue blueberries. Size is not a good indicator of blueberry quality — variety can dictate berry size — but larger berries tend to be sweeter and smaller berries more tart. Berries should be dry, mold-free, and firm. A whitish coating of bloom, although possibly off-putting to see, is good because bloom protects from bacteria and keeps the moisture inside of blueberries. Lack of bloom can mean the blueberries are not fresh or have been heavily handled. Blueberries do not ripen after picking, so avoid green or red berries, though the Pink Lemonade variety of blueberries is a reddish pink color when ripe. 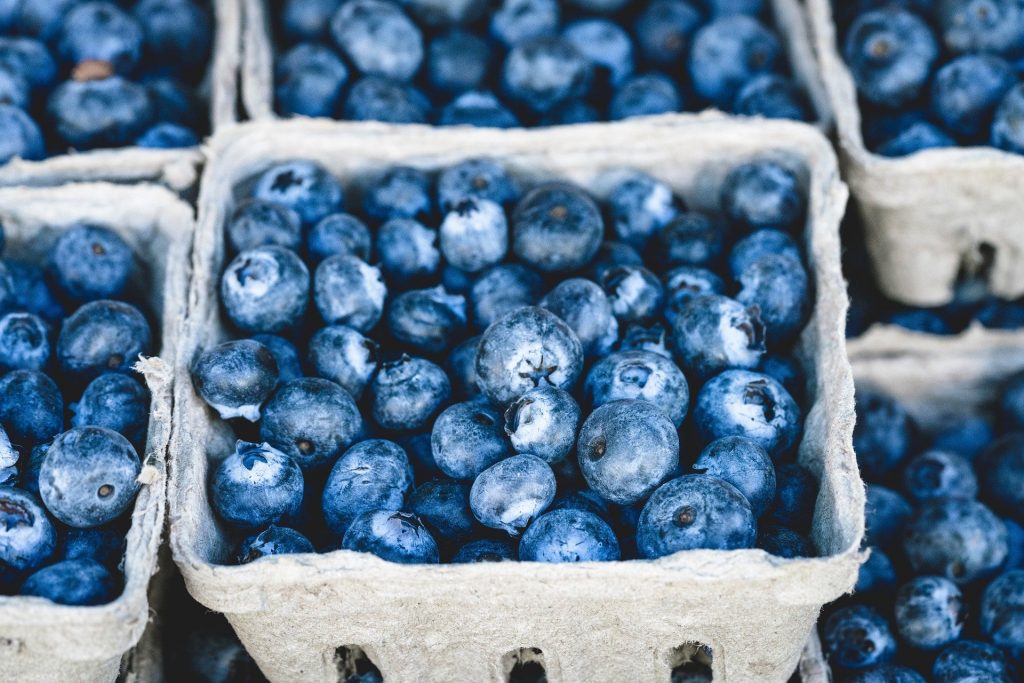 Because the bloom on the exterior of blueberries protects them and keeps them fresh, it’s important to wait to wash blueberries until consumption. Rinsing blueberries directly under the tap can crush berries and make them mushy. Instead, put the berries in a colander or strainer, and submerge into a bowl of cold water for a couple of minutes. A little vinegar can also be added to the water bath, but berries should soak for a shorter period in vinegar soaks because it can damage the delicate skin of blueberries. After washing, blueberries can be dried by placing them in a single layer atop a towel.

Blueberries are a versatile food. They are great fresh as a snack, in salads, on cold or hot cereal, or atop ice cream. Blueberries are great in many baked goods like pies, muffins, scones, and coffee cake. They can also go in pancakes or be dried and added to granola or granola bars. As with most berries, blueberries make a great sauce or compote that can be put on top of soufflé, cakes, or french toast. 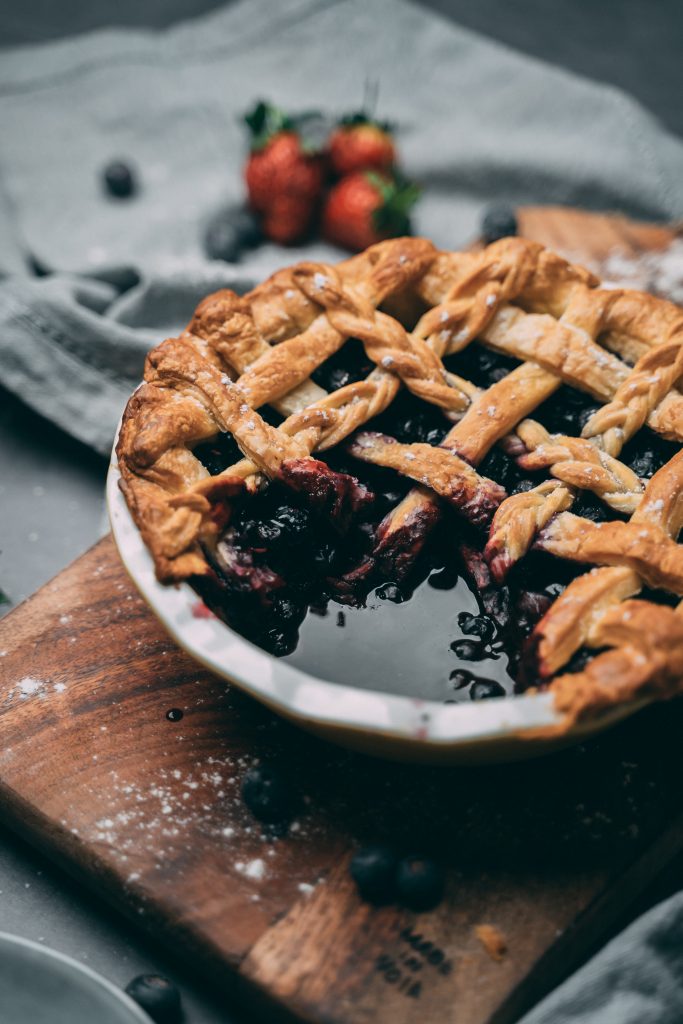 Blueberries should be stored in the refrigerator. They should not be washed until right before consuming because the bloom on the outside will help them keep longer. They are best kept in the containers they come in, which allow air circulation — keep them out of the crisper drawer because it impedes air circulation. Promptly remove any molding blueberries because the mold will easily spread to the rest of the container.

For long-term blueberry storage, there are a few options. Freezing is the easiest method. Although it seems counterintuitive, blueberries should not be washed before freezing to keep bloom on them. Lay out the blueberries in a single layer on a pan to freeze them. Once the berries are frozen solid, they can be put into freezer bags and kept for up to six months. Another option is dehydrating, though this can be a very time-consuming process. After the berries are washed and dried, each berry needs to have a small hole poked in it before putting them in a dehydrator for about 24 hours. Lastly, like all berries, blueberries can be canned.

Blueberries have higher emissions than many other fruits and vegetables though emissions pale in comparison to meats. Research has suggested that organic blueberries have a smaller footprint than conventionally grown. Blueberries are also not very water-intensive crops, requiring more water than other berries but less than nuts, meats, grains, or more water-intensive vegetables like asparagus. Land use change can be a concern, like in southern Georgia where deforestation has made way for blueberry crops.

5 Tips on How To Build a Better Morning Routine